This is a unique historical trip which takes you to the North connecting the past and future of the country.

You will engage in a unique historical trip to the North that connects the past and the future of the country. You will visit mutiple fortresses that are historical sites, such as the Zubarah fort, Thaqab fort, Al Arish, the historical mosque in Al Ruwais under Qatar Museums, and finally you will then enjoy the beautiful sunset in Arsan Cafe.

Thaqab fort: Also known as Qal’at al Thaqab, dates to the 19th century but archaeological evidence suggests that the Thaqab village itself may have been inhabited since the 10th century.

Al Arish: One of the largest abandoned villages once inhabited by fisherman and pearl drivers off the coast of Ash Shamal.

Al Ruwais historical mosque: Initially built around the 17th century, Ruwais Mosque was reconstructed in the 1940s. After being struck by lightning in 1970, the minaret wall was reconstructed using seashell brick. As a result of the mosque’s worsening exterior condition, the Qatar Museums Authority launched a restoration project in 2014.

*Convenient pick-up points can be arranged upon confirmation

With years of international tourism experience as well as experience of working internally with Qatar museums and Qatar Foundation, we took an initiative to provide enriched tours with culture and activities that no one else can provide in Qatar. 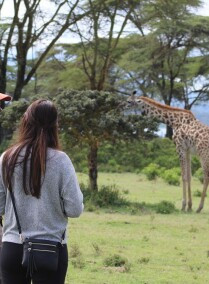 Jeddah, Saudi arabia
A Stroll Through Old Jeddah and Tea with a Local
from $47 / Person