Best Reasons Why You Should Visit Petra

History has given us so much information about ancient civilizations. It tells tales of empires that rose and fell from time to time. The stories behind these empires' generations are sometimes tragic and sometimes happy memories of those who lived then and are still living now.

Most of these cities upgraded into something else and are still up and running in this modern civilization, while others have become lost in time. Some of these lost cities you may have heard of include Pompeii, Babylon, Machu Picchu, and finally, our focus for this article, Petra, Jordan. What makes the lost city of Petra so interesting? Below are a few reasons that may pique your interest, but before that, consider booking an experience with ViaVii to go and witness the wonder in person.

Welcome to one of the earth's greatest wonders. The city is 240km south of Amman, Jordan, and 120 km to the north of Aqaba, situated at the Red Sea's side.

Already, you can tell that this city is surrounded by rich history. Petra itself, a UNESCO World Heritage Site, has lots of historic moments hidden behind its beautiful walls of multicolored rocks and its landscapes. The exact moment in history in which the city came to life is unknown. What is well known is that Petra began to flourish as the Nabataean Empire's capital during the 1st century.

The Greeks attacked the Nabataeans, but the Nabataeans successfully defended their territory. The Romans invaded Petra later, the Nabataeans were overwhelmed and had to surrender. The Romans called it Arabia Petraea. Petra later merged with the Roman empire and did not crumble. The city flourished for a while until an earthquake brought down part of it. Petra became abandoned until Johann Ludwig Burckhardt, a Swiss explorer, found its ruins around 1812. Now, people from all over the world go to experience the atmosphere of the history-filled lost city of Petra.

How to get to Petra from Amman, Jordan
There are a couple of ways people get to Petra from Amman, Jordan. Visitors can get there via bus, a public minibus, a taxi, or if you rent a car without a driver. The time frames differ by half an hour. Taking a bus, you can have a total of about 4 hours on the road. A public minibus gets you there in approximately 3 hours and 30 minutes. A taxi gets you there in approximately 3 hours. Remember, the distance between Amman and Petra is around 240km long. Let ViaVii lead you in this travel expedition. It will be worth your while.

Things to see at Petra 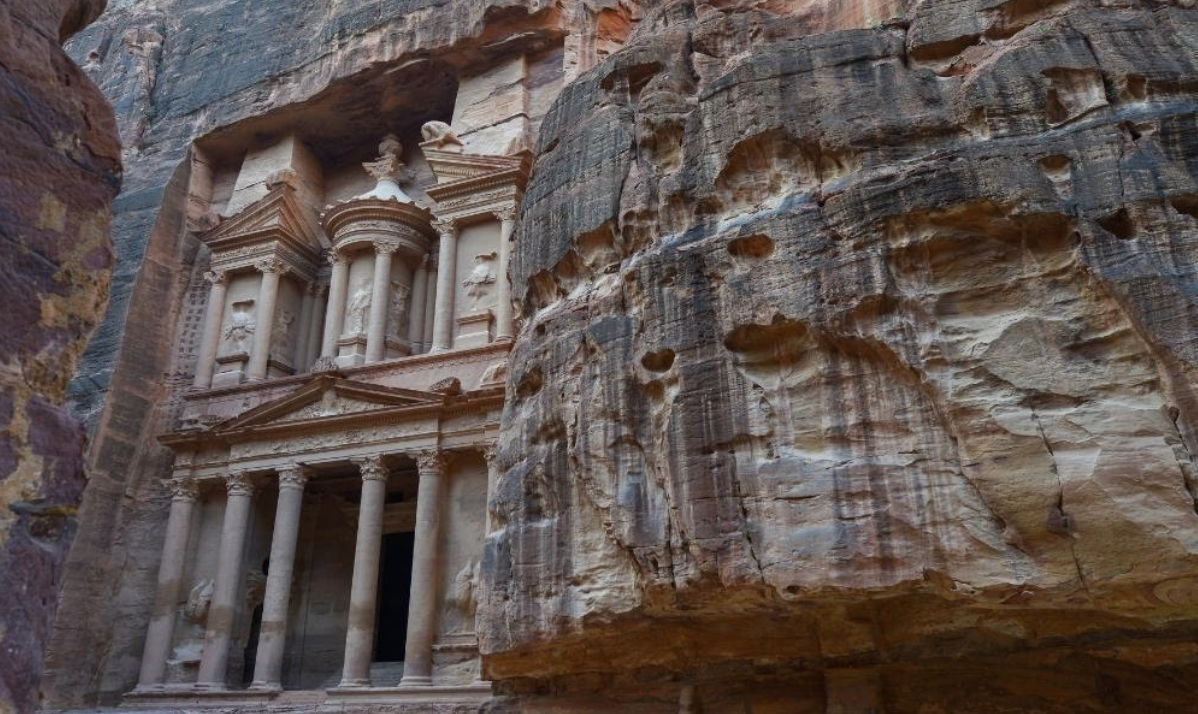 There are so many fun things to see at Petra. If you had looked very closely in movies like Terminator: revenge of the fallen, Indiana Jones, Mortal Kombat: Annihilation, and Arabian nights, you would have seen some scenes where the city was featured.

The first thing to see is As Siq, Siq in short. Translated from Arabic to English as Shaft, the Siq is a gorge that serves as the entrance into Petra. People love to take photographs of this place because of the beautifully colored rocks. Multicolored rocks fill the Siq. Next is Al-Khazneh. After passing through the Siq, you see the beautiful Al-Khazneh or the Treasury. It has a mixture of Hellenistic and Nabataean architecture. Scholars say the AlKhazneh was used as a temple. People lookout for the color changes that occur on the rocks as the day goes on. Al-Khazneh gives off a peach color in the morning, a dark rose in the afternoon, and deep red as the sunsets. Most tourists like to take pictures on camels at the Al-Khazneh. Also, why do people love to get to Petra at night? This image says it all. It gives a vivid description of the place at night. It is the path to the treasury, where hundreds of candles are. Join the Bedouins, enjoy their herbs, music, and many more. There are so many other places to see, like the Roman Theater, Royal Tombs, Little Petra, Qasr al-Bint, Colonnaded Street, and many others. 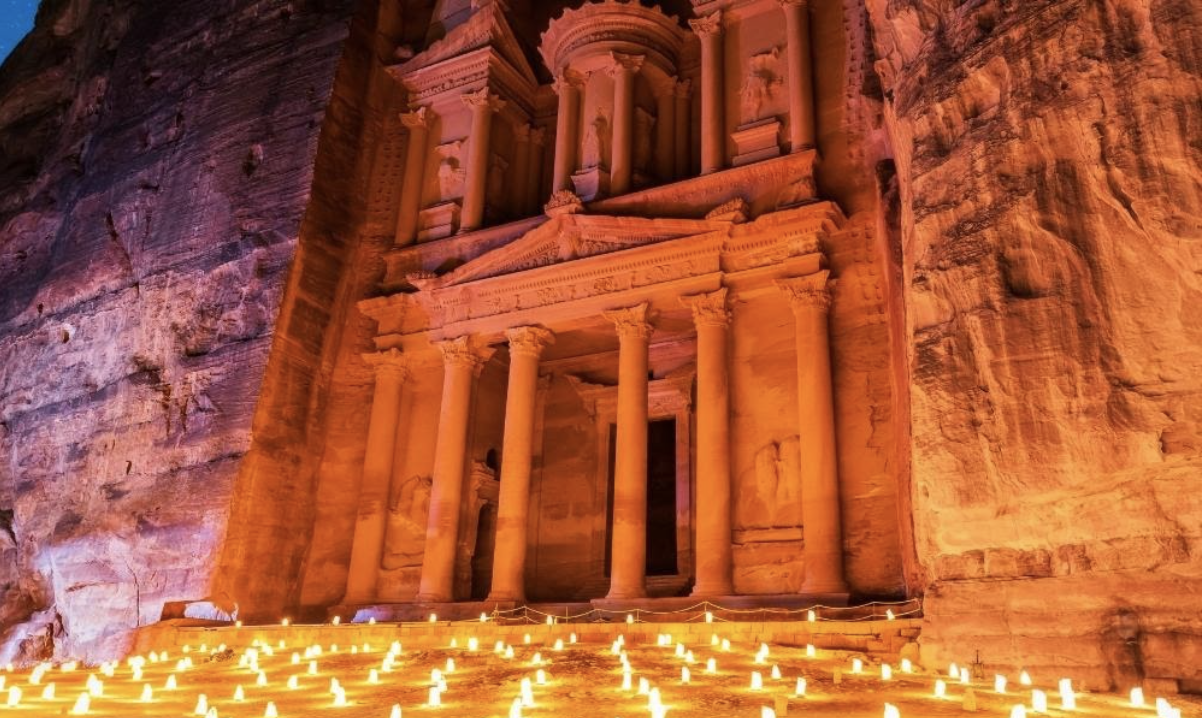 Many things went on in past times. Empires rose and fell. Unfortunately, some of us were not there to witness all of this unfold. We were not there to see the clash of swords, merchants during trade, and others. We let history take us through time to reveal all that happened before our time. It tells us of lost cities and ones that are still here.

This blog shares my thoughts about one of the Jordanian sites called Petra. Consider reading it to know a little about the lost city, how to get there, and things to see like the As-Siq, Al-Khazneh, and others.

Travel Petra Jordan
There are no comments yet.