The Stadiums for FIFA World Cup 2022 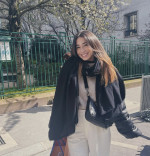 With the Qatar 2022 World Cup rapidly approaching, the Qatari residents have experienced the drastic changes and projects that have been implemented in the country from December 2010 onwards. Throughout the years, residents have seen the country develop; from new streets, new hotels, insane attractions and entertainment. Also, not to forget, the 8 mezmering stadiums that were built to host the expected 2 million fans who will be arriving to Qatar in the beginning of November.

Each stadium has been designed in a unique manner and here's how:

Al Bayt Stadium:
‘Al Bayt’ translates to ‘home’ in Arabic, thus the design being inspired by a traditional Qatari tent. Additionally, this is the second largest stadium built for the World Cup 2022 in Qatar. The opening match will be played in this stadium which is in Al Khor.
How to get there:
The stadium at Al Khor is approximately 50 km to the North of Doha. You can get there via Doha Metro, a taxi, or pick up. Lusail is the closest station where shuttles go and come from the stadium. 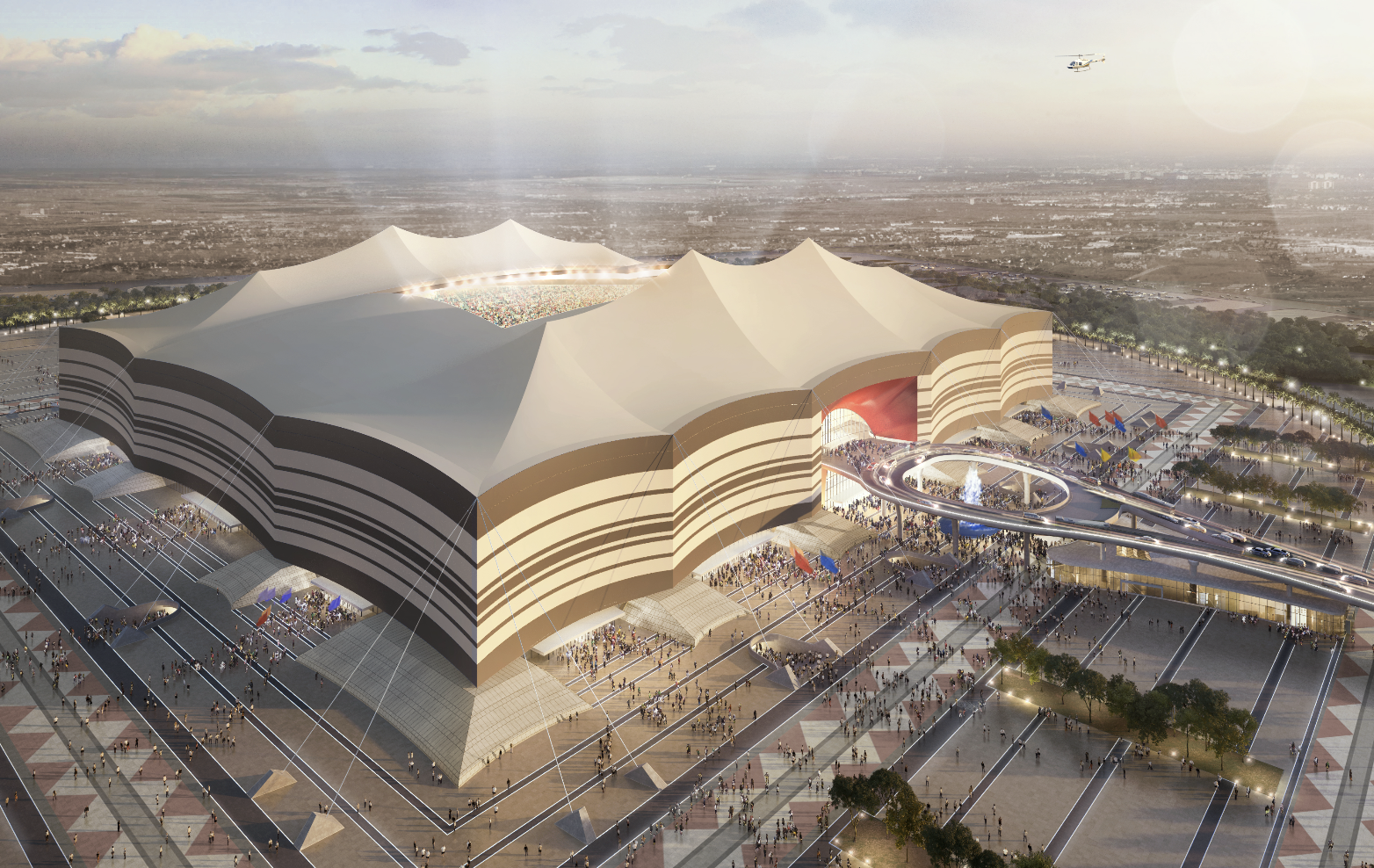 Al Thumama Stadium:
This stadium was designed to look like a traditional old cap called a ‘gathiya’. The name 'Al Thumama' originates after a native tree. After the world cup, half the stadium will be dismantled and sent to a developing country. There will be six matches played there and two knockout stages, during these games there will be an expected 40,000 fans.
How to get there:
You can get to Al Thumama from Doha either by bus, taxi or walking. The line 12 bus gets you to the stadium in an hour and 30 minutes. A taxi gets you there in approximately 10 minutes. Walking to the stadium will take about 1 hour and 46 minutes. 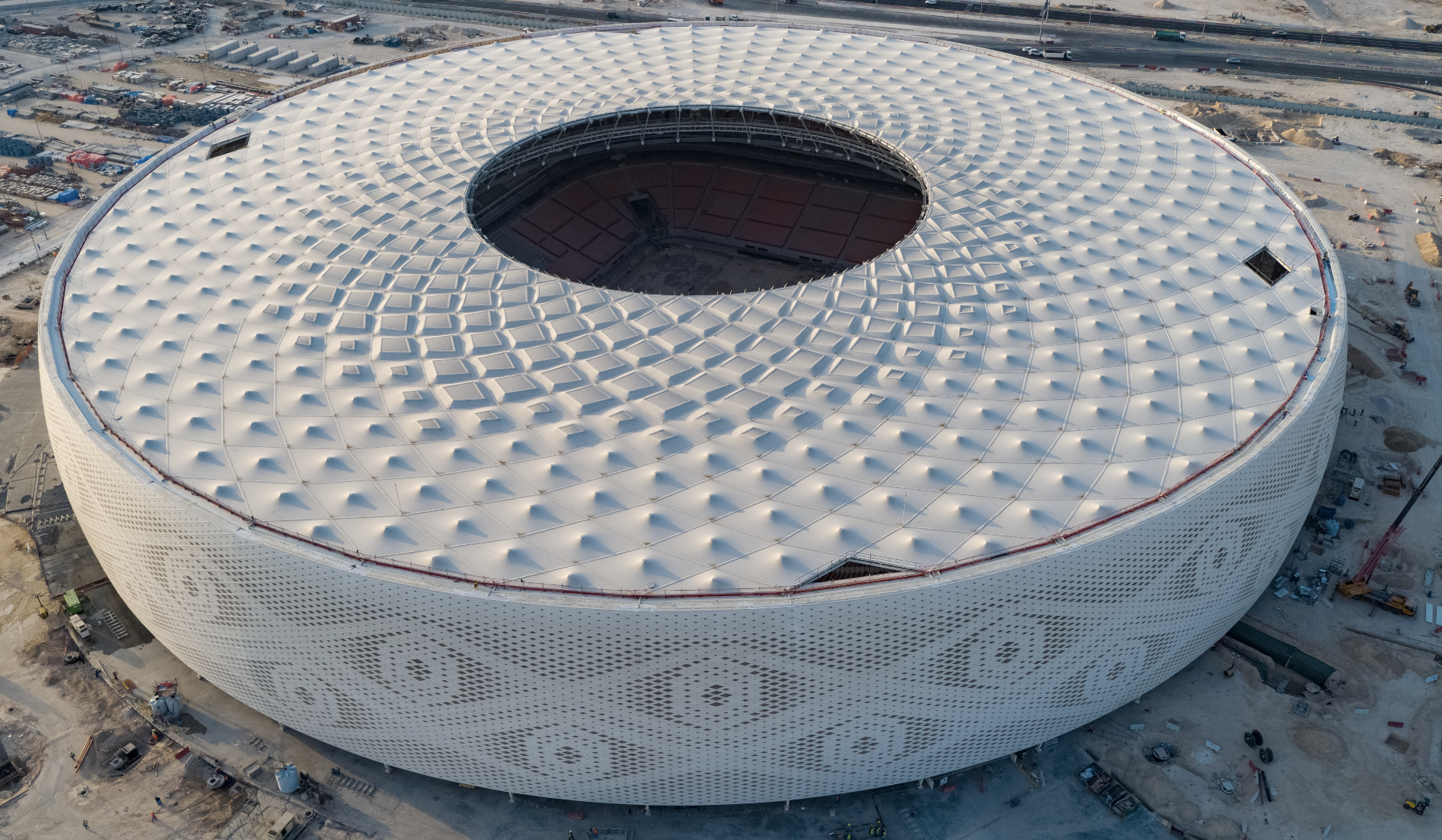 Khalifa international Stadium:
The Khalifa Stadium has been in Qatar for many years and has had monumental events since 1976 like the Gulf Cup, Asian Cup and the Asian Games. It was also the first stadium to be launched and ready in 2017 for the World Cup 2022. Its capacity is 45,416 and this stadium will host the third match.
How to get there:
The best way to get to Khalifa International Stadium from Doha station is by taxi or car. Getting to the stadium using a taxi takes approximately 11 minutes. It is the same as driving your car. 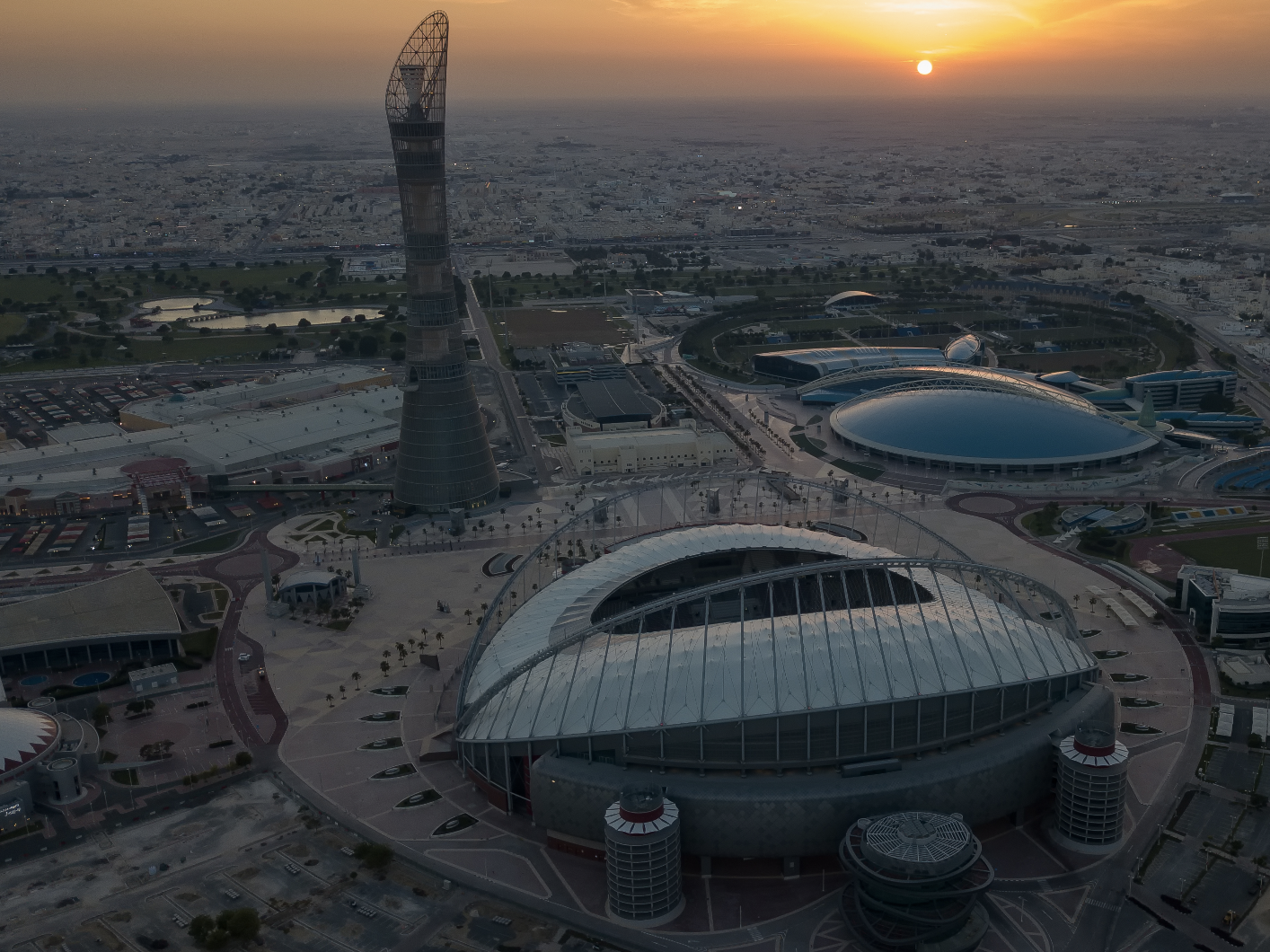 Ahmed Bin Ali Stadium:
This stadium has been named after the former Emir of Qatar Ahmed Bin Ali Al Thani who ruled Qatar from 1960-1972. In 2015 the stadium was demolished to be renovated and now holds 44,740 seats. More than 90% of the material used to construct this stadium has been recycled or reused.
How to get there:
There are three best ways to get to the stadium from the Doha Airport. You can get there by taxi, your car or a town car. It takes about 28 minutes to get to the stadium by taxi, your car, and a town car. The most expensive among the three is the taxi, and it is cheaper if you use your car.

Al Janoub Stadium:
‘Al Janoub’ means ‘the south’ in Arabic, and this stadium is located in Al Wakrah city with a capacity of 40,000 seats. Its design is inspired by the traditional Qatari dhow boat. The stadium includes a newly opened recreational park.
How to get there:
The fastest way to get to Al Janoub Stadium from Al Thumama is by taxi or car. You can get there in 14 minutes in both mediums

Education City Stadium:
When you stare at the stadium, you notice triangular patterns circulating the stadium giving it a diamond-like pattern. During the day, when the sun hits onto the stadium, depending on where, the colour of the stadium also changes. This stadiums capacity is 40,000, however after the world cup the capacity will be reduced to accomodate 20,000 people due to the removal of the upper tier. The stadium, located in Al Rayyan, will host six group stage matches and two knockout stage matches.
How to get there:
You can use a taxi, car, or a town car to get to Education City Stadium from Doha Airport. You can get to the stadium in 23 minutes by all the mediums. 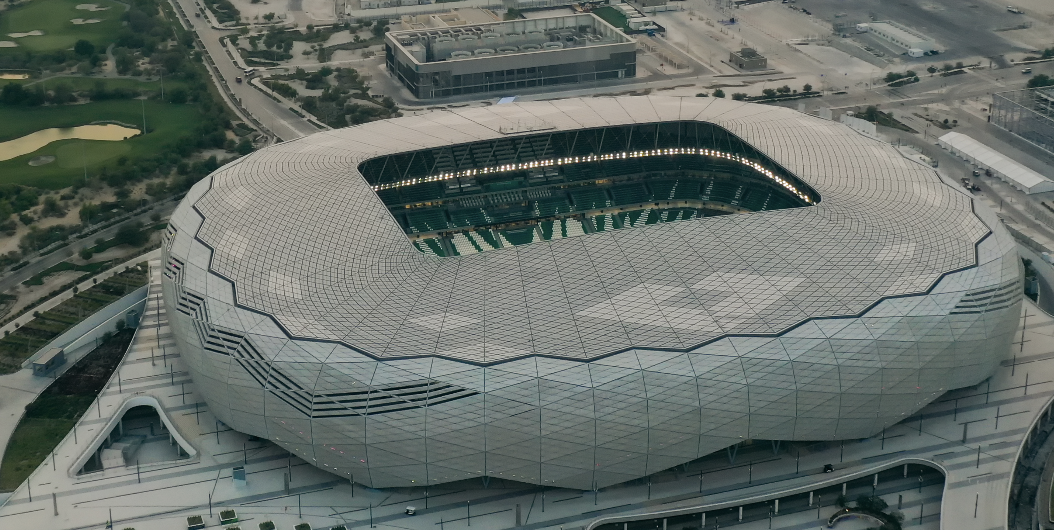 Stadium 974:
To begin ‘974’ is the country dialing code and the stadium also used 974 recycled shipping containers. Each container is set to be reused after the tournament ends. Stadium 974, in Doha, will host 6 group stage matches and one knockout match.
How to get there:
You can use a taxi, town car, or walk to Stadium 974. When you use a taxi or a town car, you can get to the stadium in about 11 minutes. Walking to the stadium will take approximately 2 hours and a couple of minutes. 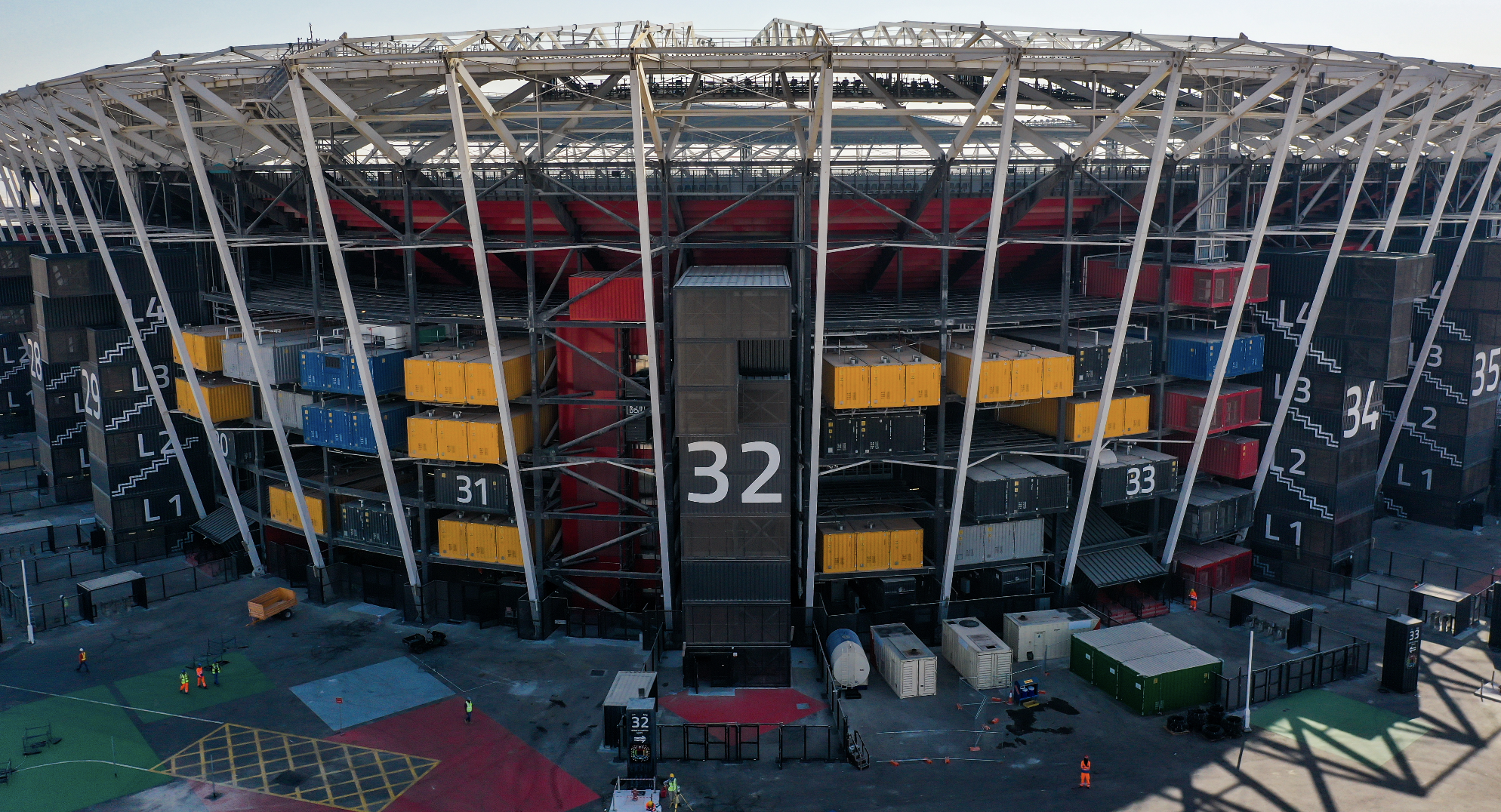 A lot of these stadiums are located on the outscirts of Qatar which will make it easier to partake in entertaining activites like kayaking, sand duning and more. The majority of these experiences can be found on our website under the 'explore' tab. Our team at Viavii are more than happy to assit any individual that may need any recommendations on how to enhance their trip in Qatar by contacting us on Facebook, Instagram or LinkedIn.