What architectural sites are worth exploring?

Over the centuries, we have seen how the structure of buildings alternates. The Romans are the kings of architecture, and most of their ideas did come from the Greeks. The Egyptians were infamous for buildings with secret passages. There are still hidden rooms uncovered in the Pyramids. With different cultures and the different needs for each country, different ways of innovation started taking place. So, let's explore some of these incredible places you can visit if you are an architectural lover. 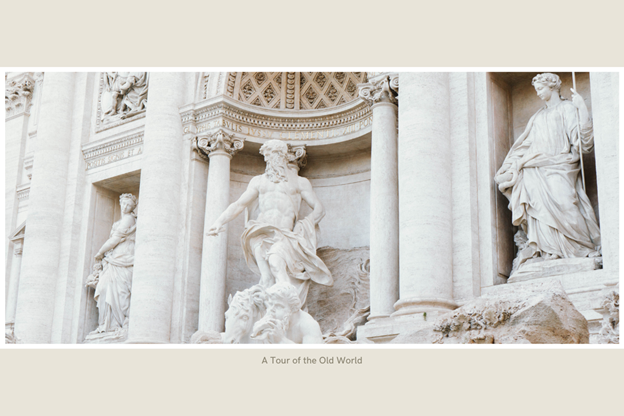 Italy has many attractions to visit, but the number one architectural site is the Colosseum or Arguably. The Arguably was constructed between the years of 70 AD and 80 AD. Emperor Vespasian wanted to build a gymnasium for entertainment ceremonies, such as gladiator fights and wild animal fights. It provides more than 50,000 seats for spectators and is built in such a fashion that it could support even more people.

In order for it to be sturdy, there had to be Arches and vaults supporting the main structure with lots of concrete and stone. It was also known as the largest amphitheater during Roman times.  Over the centuries, the different uses of the Colosseum have become apparent, such as the Basilicas of St. Peter and St. John Lateran, fortresses, and Christian holy sites.

Over the period of time, due to weather conditions, earthquakes, and neglect from the government, the Colosseum became partially destroyed.

2. The great wall of China 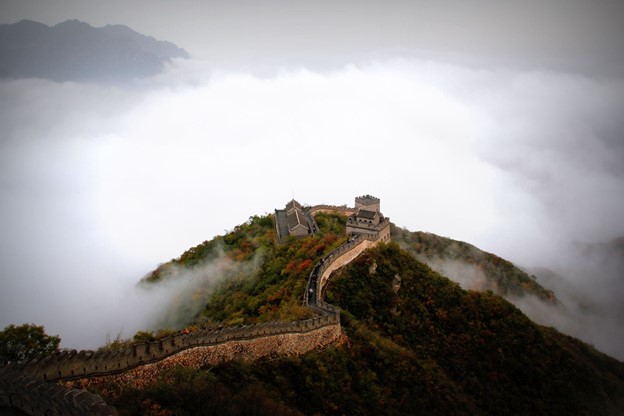 The wall has been built by filling the slab frame with soil and gravel to protect the wall from intruders. The Chinese were clever enough when it came to the architecture of the Great Wall, especially during the period of the "Warring States", where they learned many techniques to hold up the wall.

As different dynasties took over, each dynasty decided to add something to the wall. That's why when visiting the Great Wall, you may feel different personalities during the construction process, but with a unified posture. 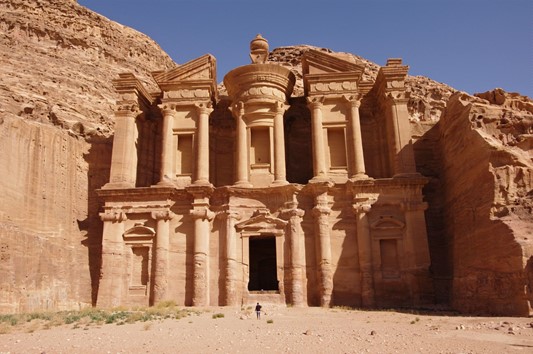 Located in the heart of Jordan, Petra is a stunning view you wouldn't want to miss. With its architectural design laid out in the middle of the desert, you would be surprised how Petra became constructed in the first place.

Unified by different cultures in the building processes, it is clear that many hands took place in the techniques of the engineering process. Constructed by the Nabateans, an Arab Bedouin tribe that used the location mainly for trade. Because of the trading taking place during that time, the Greeks believed that the best way was to conquer the area for themselves.

The Nabateans knew every tiny corner surrounding the area and, this helped them take back what was theirs in the first place from the Greeks. Sadly, though this event wouldn't be the last invasion, the Romans were able to take over from the Nabatean areas, which surrendered due to the higher military force of the Romans.

The Nabateans used a technique called rock-cut architecture that needs a lot of man force during those times. They would carve out the stones from the mountains, which would take a lot of time and effort. To fulfill the extended need for water, the Nabateans built dams for storing water, especially during the rainy season.

Ahu Tongariki's location is on the Easter Island of Chile. Ahu Tongakri is famous for its gigantic moai (statues) lined up. The largest moai weighs about 86 tons. The Rapa Nui people constructed the Ahu Tongariki between the years of AD 1400 and AD 1600.

Most techniques used for building the moai statues came from the process of using volcanic ash from the Rano Raraku volcano, measuring around 20 feet tall.

You would notice some of the statues have top knots on their heads. There are many reasons why they had these top knots to indicate the importance of the special status. The red symbol is commonly used in Polynesia and represents the higher power. Every time a new chief took charge he would order an even larger moai that was to be constructed, this response was to show ultimate power.

The statues were moved from one place to another, which is extremely difficult to move them from one spot to another. They had to use lots and lots of ropes.

It's still a mystery how they were able to move this moai on the island, especially with the vast size and weight of each statue. Due to this mystery, many people believe that the moai statues could have been built by aliens.

Usually, the questions surrounding the moai were: How did the Rapa Nui make these figures more than 1,000 years ago? How did the moai end up being placed on Easter Island? Even though carved for religious reasons and spiritual significance. So the question is, who do you believe built them?

Konark Sun temple is a UNESCO World Heritage Site. Structured as a tribute to the sun of God, Surya by King Narasimhadeva I. The Europeans used to call it the Black Pagoda for its dark-colored structure, used as a navigation for their ships.

While walking inside the Konark Sun temple, you will find many carvings of various figures such as Hindu gods, images of everyday mortal life, birds, animals, and other figures.

Twenty-four wheels are pulled by seven horses these horses symbolize time the wheels are also used to indicate sundials according to the world history encyclopedia. Archeologists believe that the seven horses represent the seven days of the week, with four corners on the side that also represent the different directions (North, South, East, and West); the twelve pairs of carved wheels are the symbolic representation of the 12 months of a year.

While visiting the Konark Sun Temple you will notice and grasp the architectural time and mythology used to complete the entire process.

The world is filled with architectural monuments scattered all over. Built-in different times each with its techniques and methods representing a unique culture. Some of these sites were built for spiritual guidance and some were built to show the power held by these areas against enemies. There are architectural designs still being explored due to the mystery surrounding them. Extremely important that we as humans pay tribute to the magical touch incorporated in making these creative architectural methods and sites thrive.

Travel Adventure Experiences
There are no comments yet.