World's 5 scariest destinations to give you a good scare

Growing up, I remember reading horror books by Stephen King or watching my favorite kids’ show Goosebumps. One of the scariest movies I have ever watched is "The Conjuring". I still have the chills to this day. That’s where it got me thinking, what are the most haunted places to visit? So grab your popcorn and have your favorite cozy blanket beside you and let's start our today's horror ride. Beware, if you are reading this all alone at night, you might get the spooks.

One of the scariest places to visit in Jamaica is the famous Rose Hall plantation. To give you a bit of a history lesson here, Henry Fenning brought Rose Hall in 1742. Later on, he went on to marry Rosa Kelly. After his death, Henrys’ wife took over the inheritance. After Henry died, Rose went on to marry two more times, and much to her luck, both men she had married well also died. But it was lastly John Palmer whom she later went on to marry.

Legend has it that most of the owners of this plantation have died suddenly and mysteriously.

Now, this is where it gets a bit scary Annie was known to be called the infamous Annie. Rumor has it Annie was practicing witchcraft, causing her to go on the dark side of things.

Legend has it Annie murdered all three of her husbands. Not only were her husbands murdered, allegedly. Even her slaves were tortured and murdered under her own hands. Also known to have murdered her slaves viciously. The right way to get justice was to haunt her to death for all the crimes that she committed. Later on, Annie became known as the White Witch.

If you are a big fan of Dracula, then Poenari Castle is the place to be. High up in the Făgăraș Mountains. Poenari Castle is believed to be one of the most haunted castles in the world. One of the reasons is it is currently called Draculas Castle is its connection to Vlad, the Impaler Tepes.

Vlad would seize his enemies and make them work in extremely harsh, brutal conditions. After these prisoners had finished building the castle, he would either kill them or even impaled them to sticks to make a clear statement to his enemies.

An army of Vlads enemies seized Poenari Castle. Vlad was able to escape, but his wife was unable to. Vlad's wife decided to end her life instead of being captured by the enemies, leaping to the nearest river lead her to her death. Arges River had turned into a blood-red from her suicide, which caused the river to be called the Lady River.  Many people believe that her ghost and the ghosts of the prisoners still roam around looking for vengeance. Please do not visit this place at night pretty sure your loved ones adore you. 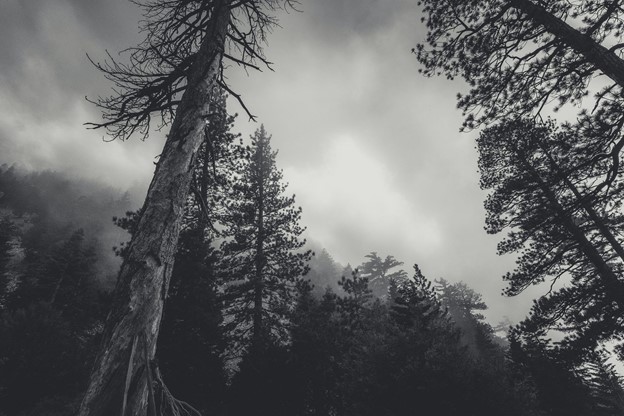 Aokigahara is considered one of the highest suicidal destinations in the world. If you enter the Aokigahara located in Japan you may never be able to come out.

Because of the high rate of suicides in the forest, the Japanese government decided to bring up surveillance cameras when you first enter the forest. Many signs are hanging, causing people to think again before taking on this next step.

A story is told regarding the Aokigahara forest or best known as the sea of trees was a practice done a hundred years ago or more during times of famine. Due to the hard times, families would leave the elderly in the forest to starve to death. Of course, this type of practice is still not known to be true. The abandoned souls and the ones who have committed suicide still haunt the forest. It is believed the ghosts of the abandoned try to take revenge on people by causing them to become sadder and sadder to the point of self- implicit harm. 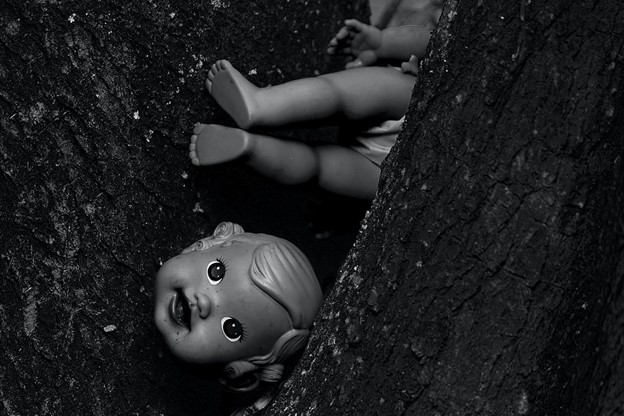 The story behind the island of the dolls starts with Don Julian. You see, Don Julian was a hard-working man as the years went by he decided that he wanted to leave his home and live on an island on Teshuilo Lake. Myth has it that while living on this island, Don Julian found the dead body of a little girl in the lake with a floating doll.

Julian decided to dedicate the island to the spirit of this girl. He would look for dolls down the river to be placed all over the island. If you visit the island of the dolls you'll notice the way the strange way these dolls are placed. Some of them have their heads ripped off, legs and hands pulled off. Some of them hanging by the neck in weird positions.

It has never been clear if Don Julian's story regarding finding this little girl was true. Until his death, Don Julian made it clear that it was never a lie. In the year 2001, mysteriously, Don Julian was found dead in the exact place where he alleges to have found the girl's body.

People who have visited this island have claimed to hear weird whispers or saw the heads of these girl dolls moving around. Of course, this may or may not be accurate. You can visit the island and bring your doll to be placed as a tribute to Don Julian and the girl he claimed he may have found.

The Cecil Hotel has to be one of the most disturbing, jaw-dropping, gut-wrenching hotels.

Throughout 1924, the market was flourishing the Cecil Hotel owners decided to build the famous Cecil Hotel. For several years to come, Cecil Hotel was considered one of the hot spots to visit.

After a couple of years, the great depression hit the doors on all American business owners. Later on, the Cecil Hotel was drowning in debt. Because the Cecil Hotel is near the infamous Skid Row, drugs and homeless people came closer to the hotel.

The first-ever suicide was in the year 1927 when a man named Percy Ormond Cook shot himself inside the hotel. In the year 1931, the second recorded suicide was when a guest named W. K Norton died in his room after taking poison capsules to kill himself.

It's unclear how many deaths have occurred in the Cecil Hotel.  The reported deaths in the Cecil Hotel were either by murder, suicide, or by accident. In 2013 a  student named Elisa Lam was staying in the Cecil Hotel had gone missing. Elisa’s story went viral due to the last footage taken inside the hotel of Elisa standing near the elevator acting strange. The footage went viral, causing lots of people to fabricate different stories of her death. You can watch an entire documentary on Netflix called The Vanishing at the Cecil Hotel explaining what truly happened to Elisa Lam. Witnesses have reported hearing screaming at night and unexplained occurrences. I can't promise you the phantom of the night will visit, but there's nothing better to sit back and wait for the magic to happen.

Growing up, we all loved reading horror stories like Frankenstein and Dracula or even the Goosebumps series. Most of us have even been to a country known for its haunted castles, legendary houses that later on turned into museums. With different cultures, the world has always been keen to tell different stories about events that took place and left a chill down our spines causing you to wonder are all haunted places haunted? Behind every single scary story, there is reason in how it became known for its unfortunate ending.

The world has many unexplained events. If you have the guts to go near anywhere haunted, then please share with us! Visit our Viavii, Facebook, and Instagram pages for any travel tips you would like to receive.

Travel Adventure Experiences
There are no comments yet.